A Brief History of Spiritualism 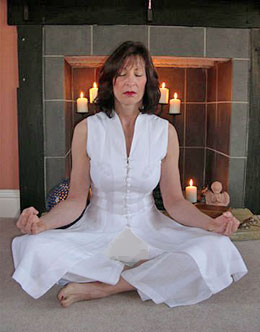 Before I give you a brief background to the establishment and development of modern day Spiritualism, it is important to understand the real origins, and these go back to ancient history and beyond. Early man developed a belief in spirits and Gods, and prophets or seers appear throughout the Bible. In fact most recognised religions believe in an after-life.

The Old Testament of the Bible is based around the lives of leaders who had the powers of mediumship, clairvoyance and clairaudience. In other words they could see and hear spirit. Abraham, Isaac, Jacob, Joseph, Moses were all great leaders with these powers. Samuel, Elijah and Elisha were the first of the prophets who were clairvoyant and clairaudient, and many more followed them.

The Christian Gospels of the New Testament teach us that Jesus was not only clairvoyant and clairaudient but also clairsentient (he could sense spirit). His powers of healing and physical mediumship were also demonstrated on many occasions.

The use of mediums continued in the early Christian Church, however, their spirit communications did not always accord with the Scriptures and the established doctrines, and in the 4th century Pope Damascus banned them from further involvement with the Church. From that edict followed centuries of persecution of mediums throughout Europe. Many thousands of people, including children, were tortured and burned for witchcraft. It is a salutary thought that if Jesus had been on the earth plain during this period he would have been subjected to far worse torture than he suffered under the hands of the Romans.

The powers of clairvoyance and clairaudience of course did not disappear during those many years of persecution and misguided beliefs and in the 19th century the movement, as we know it today, was established.

Andrew Jackson Davis who was born on the 11th August 1826 in Orange County America was a great believer in life after death and he lectured on’out of body’ experiences describing his ’visits to Paradise’ or ’Summerlands’, as he referred to it. Davis’ spirit communicator was an 18th century Swedish scientist and astronomer, Emmanuel Swedenborg, who became well known for his philosophical writings inspired by spirit.

Davis founded the Lyceum in New York in 1863 and became one of the world’s most famous mediums and seers of the 19th century.

The Fox family, including sisters, Margaretta and Catherine, lived in a small cottage in Hydesville, New York and soon after moving into the cottage they began to hear rappings. These noises continued on a regular basis and in 1848 the sisters, together with an investigation committee developed a code which enabled them to respond to the rappings. The event became known as the ’Hydesville Rappings’ and lead to the investigation of the Fox sisters’ mediumship which, in turn, lead to the inception of the modern Spiritualist movement.

In 1849 Margareta Fox made the first public demonstration of mediumship in the Corinthian Hall, New York. The movement grew in momentum and in 1852 Maria Hayden, an American, came to England and was the first to demonstrate mediumship in this country. Whilst the press and the clergy were extremely hostile towards her she still succeeded in demonstrating spirit contact.

Shortly followed by Maria Hayden’s visit, the first Spiritualist church in England was founded in 1853 in Keighley, Yorkshire by David Richmond. This was the catalyst for the movement to spread through Britain and was endorsed by many well known people, including Robert Owen, the co-founder of the Co-operative Society. Following sittings with Mrs Hayden, Owen converted to Spiritualism in 1854 and, after his passing into the world of Spirit he became the author of the Seven Principles of Spiritualism which were delivered through Emma Hardinge Britten in 1871. These Principles were later adopted by the SNU and have guided the movement admirably for so many years.

In 1866 Emma Hardinge Britten, known as ’the Mother of Spiritualism’, returned to England after travelling the world publicising her own experiences and the philosophy of Spiritualism. The power of the Spirit world did not only manifest itself in her life, but expressed itself positively, through her, bringing about the National Federation of Spiritualists, which later changed its name to the Spiritualist’s National Union. She was the founder & editor of ’Two Worlds’ (launched in 1876). Emma ended her life in Britain, the country of her birth, in 1899.

A committee of 33 eminent professionals was appointed by the Dialectical Society to investigate Spiritualism. In 1869 the Society published in the most favourable report on Spiritualism up to that time by an investigating body but this was not made known to the general public. This evidence could not cut through the dogma of centuries and there was a lack of acceptance from the established church. Because of its strong support towards Spiritualism the report was in fact published privately in 1871.

In 1871 Sir William Crookes, an eminent scientist (1832–1919) reported on Spiritualism to the Royal Society and published his findings in the “Quarterly Journal of Science“. He had set out to prove Spiritualism had no substance, but found it to be breathtakingly accurate. He remained a believer in the existence of the spirit world for the rest of his life. More than 20 years later he was still of the same conviction and said â€œI have never had any occasion to change my mind on the subject. I am perfectly satisfied with what I have said in earlier days. It is quite true that a connection has been set up between this world and the next. As already mentioned 1871 was the year that the ’Seven Principles’ were established and, interestingly, Stansted Hall was built. At a conference in Liverpool in 1873 The British National Association of Spiritualists (now known as the College of Psychic Science) was founded and based in London.

Alfred Kitson, known as the ’Father of the British Lyceum Movement’ and co-compiler and author of the Lyceum Manual (first published 1876) chaired the first Lyceum Conference held in Bradford in 1875. The Society for Psychical Research founded in 1882 and renamed the London Spiritualist Alliance in 1884 is known today as the College for Psychic Science.

The principles received from Robert Owen through Emma Hardinge Britten were to become the basis of the Seven Principles used in the Memorandum of Association when the SNU was incorporated. The foundation of Spiritualists’ National Union Ltd. was a company not for profit and limited by guarantee, taking over the assets and liabilities of the National Spiritualists’ Federation in July of that year.

The International Spiritualists’ Federation was established in 1923 and in 1924 Hannen Swaffer, a well known socialist and journalist with the Daily Mail, proclaimed his belief in Spiritualism.

Through the dedication of Winifred Moyes and her Spirit Guide, ’Zodiac’ The Greater World Spiritualist Association was established in 1928. Zodiac continued to give messages until Winidred’s passing in 1957.

In 1931 Arthur Findlay published his trilogy, “On the edge of the Etheric“, followed by “The Rock of Truth“ and “The Unfolding Universe“. He founded ’Psychic News’in 1932 under the editorship of Maurice Barbanell and continues to this day.

The first BBC programme on Spiritualism was broadcast in 1934 and was presented by Ernest Oaten. Spiritualism continued to grow, and quite a few notable and significant things were happening. In 1937 the Archbishop of Canterbury with Dr. Cosmo Lang and Archbishop Temple of York formed a Church of England Committee to look into Spiritualism. They issued a report on their findings, but this report was suppressed as it was found to be too favourable and its contents only became known when it was released by Psychic News which had mysteriously been sent a copy. The SNU also started appointing Ministers in 1939, and in 1940 the Union was given a certificate by the Government to act as a Trust Corporation.

Helen Duncan (1897-1956), who was a superb materialisation medium, stood trial at the Old Bailey in1944 under the infamous Witchcraft Act, she was deemed to be fraudulent and served a prison sentence of 9 months in Holloway. Helen played a huge part in changing the laws of this land and seven years later in 1951 the Fraudulent Mediums Act was introduced removing genuine mediums from the provisions of the Witchcraft Act 1735 and section 4 of the Vagrancy Act 1824, thereby enabling Spiritualists to openly and legally practise their religion. She was one of Britain’s most remarkable physical mediums, she comforted the bereaved in times of dire stress during the Second World War when there was another massive upsurge of interest in the Spiritualist Movement. However, in 1956she was again arrested for conducting a seance and she passed to the world of spirit 36 days later on December 6th 1956. Even today the broadcasting media are very cautious about showing mediumship and Spiritualism in a serious way and treating it as mere entertainment.

Also in 1956 Stansted Hall was bequeathed to the Spiritualists’ National Union under the will of J. Arthur Findlay, MBE, JP, a former Honorary President of the Union, and in accordance with his wishes is administered by the Union as a College for the advancement of Psychic Science. In 1964 Stansted Hall was formerly handed over to the Spiritualists’ National Union by Arthur Findlay. Two years later in 1966 The Hall known as The Arthur Findlay College officially opened and still remains the headquarters of the SNU. Countrywide celebrations took place in 1990 to commemorate the centenary of the birth of the SNU.

Gordon Higginson died in January 1993 at the age of 74. He became president of the SNU in 1970 and came to be its longest-serving president, holding that office for more than 23 years. He was a tireless worker in the cause to “put the spirit back into Spiritualism.“ Gordon was one of the country’s leading mediums. In Spiritualist circles he was popularly known as “Mr. Mediumship.“

One hundred and fifty years of Spiritualism was celebrated in 1998 and leaders of major spiritual organisations met at Stansted Hall. Work began on the new Pioneer Centre at Stansted Hall and was opened and dedicated in 1999. This centre continues to be used for healing and many other therapies and uses.

The Pioneer Centre at Stansted Hall was opened and dedicated in 1999 by Mrs Judith Seaman MSNU President of the SNU. This is now being used for Healing and many other therapies and uses.

In April 2008, the Fraudulent Mediums Act, 1951 was repealed and replaced by the Consumer Protection from Unfair Trading Regulations 2007 (CPRs) which implement the Unfair Commercial Practices Directive (UCPD).

Spiritualism is an officially recognised religious movement with its own churches and Ministers and possesses the same rights and privileges as other religions. It has become the emblem for Universal religion. It is not just a Christian one. However, it is probably closer to the ideals of Jesus than Christianity itself, perhaps closer to the ideals of Buddha than Buddhism itself and closer to the ideals of Mohammed than Islam itself. Fundamentally, Spiritualism recognises that there is a creative central force, that all people are brothers and sisters and that all life has a spiritual foundation. These fundamentals are common to all major religions.